Sumkali is pleased to announce that they will be joined by tabla master Pandit Samar Saha for an exclusive performance at the Rasa Festival in Ann Arbor, MI. This concert will feature music from Sumkali’s large repertoire of folk, fusion, and jazz and will include music from their latest album release titled Dha Re Dha, Which prominently features Pandit Samar Saha’s unique and masterful improvisation. This one-night-only experience is not to be missed!

Sumkali is a diverse music group made up of members from North and South India and the American Midwest. For over a decade Sumkali has created, collaborated and performed with musicians from India and the USA to create music with a truly global appeal. 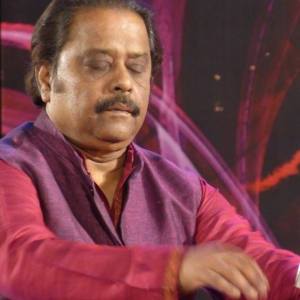 Pandit Samar Saha is regarded as one of the worlds great masters in the art of tabla drumming. He has performed worldwide for over 4 decades with the top names in Indian Classical music, including Pandit Ravi Shankar and Pandit Hariprasad Chaurasia, and he has graced the worlds greatest stages, including Carnegie Hall, The Royal Albert Hall and countless others. He is truly a living legend in the world of tabla players.