Sanskrit poetry from the 12th century poet Jayadeva’s Gita Govinda: recited in Sanskrit by Jahnabi Barooah Chanchani and in English by Prof. Paroma Chatterjee, accompanied by Diptavo Dutta on Sarod. Ancient Gita Govinda paintings from the 18th century will accompany the readings and will be projected.

Based on Rabindranath Tagore’s profound poem Duhshamay, this performance uses the classical dance vocabularies of Odissi and Kathak, along with physical theater and contemporary movements to interpret the layers of meaning and depths of philosophy and mysticism inherent in it.

Returning repeatedly to the visual metaphor of a broken blind bird that struggles to spread its wings and let its spirits soar, this work traces the journey of the spirit, with no beginning and no end. On this journey, time and space are mere illusions, as transitory as both fear and hope, as well as all human bonds. The eternal spirit seeks to transcend it all. 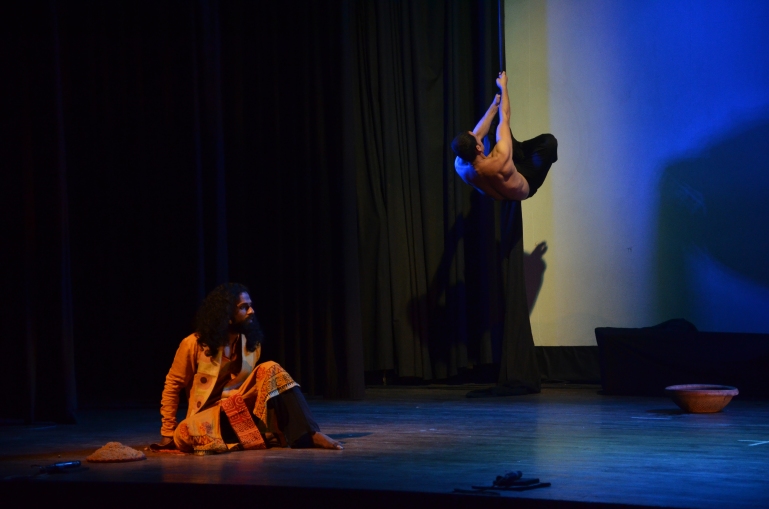