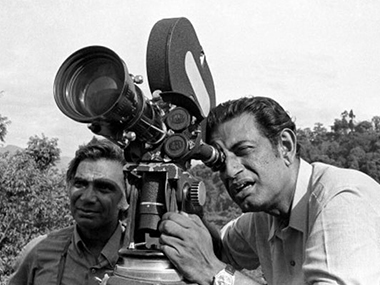 A 3-event series that will show some of Ray’s best-known as well as rare films, and documentaries about and interviews with the world-renowned filmmaker

This retrospective on Ray purports to offer a fresh look at the maestro’s range and depth.  While it features his famous and indispensable “Apu Trilogy,” that earned him the moniker or a “humanist” filmmaker, it intends to show a glimpse of his creativity that went far beyond its limitations that have unfortunately remained largely unknown outside of Bengal.  It will also feature some of his urban and period films as well as rarely seen films about him, such as a very prescient one made for a New York TV channel in 1968 and one made in 1984 for the now defunct London Central Television whose only original copy resides in Pakistan (which is a heartening instance of how the two nuclear rivals nevertheless value each other’s artists), that provide invaluable insights into his craft.

As there is a resurgence of interest in Ray among young people today, galvanized by the rise of digital media that bring his delicacies to new audiences in ways that the art house cinema of the yore could never have managed, it is time for a new reassessment of his myriad oeuvre.

We will be presenting the following:

1. “Rabindranath” 1961 – A documentary by Satyajit Ray on the world renowned poet/musician/artist Rabindrananth Tagore.

2. “The Creative Persons: Satyajit Ray” 1967 – A documentary by James Beveridge on Satyajit Ray.

3. “Charulata” 1964 – A film by Satyajit Ray, based upon a novella written by Rabindranath Tagore.

Aniruddho Sanyal will be introducing each of these films with a brief summary of their background and context to an international audience.

Aniruddho Sanyal is a maker of documentary films on themes of interest to the Indian diaspora that he encounters in course of his professional travels as a consultant and software developer for the banking industry. He creates his documentaries for YouTube and other social media. He is an ardent admirer of Satyajit Ray and has an extensive collection of films and interviews on him.