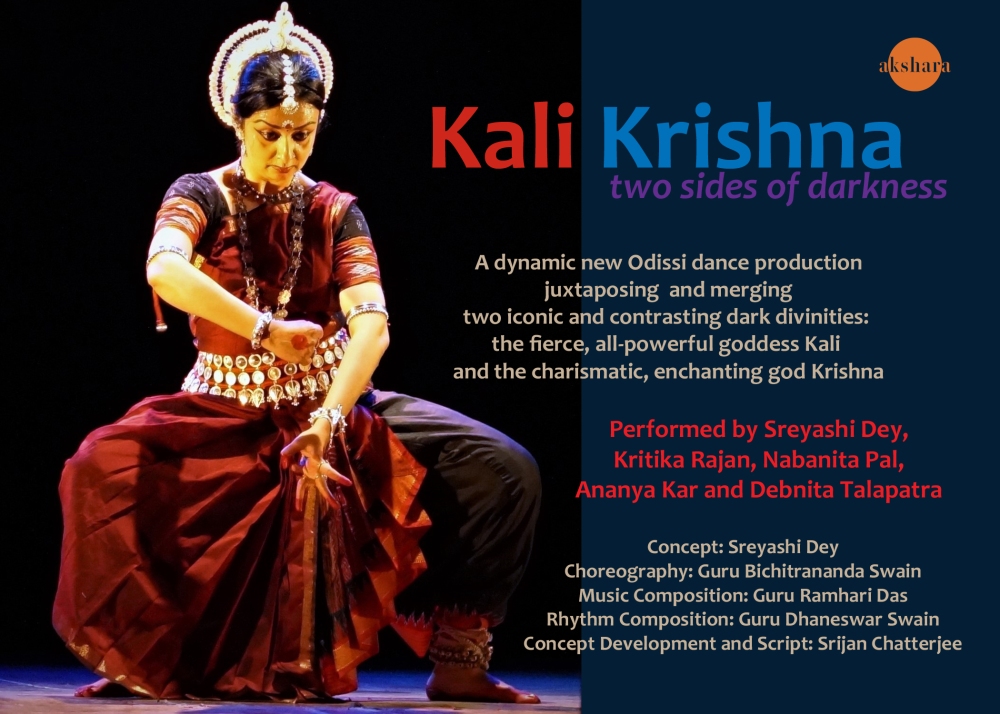 Sreyashi Dey is one of the foremost exponents of Odissi in the US (disciple of Guru Gangadhar Pradhan), and the Founder and Artistic Director of Srishti Dances of India. Previously also an exponent of Bharatanayam (disciple of Guru Saroja Vaidyanathan), as a thoughtful artist, she constantly expands her creative horizons with new choreographies and collaborations across artistic genres. She regularly tours the US and has performed all over the world – in Europe, Asia and India. Her work has been critically acclaimed by well-known critics in leading newspapers and magazines in the US, such as the New York Times, as well as in leading media in India. She has been the recipient of several awards and grants from the National Endowment for the Arts and several premier foundations in the US. Sreyashi’s educational background includes an MS in Economics and an MBA, with parallel careers in marketing, University of Michigan administration and non-profit. She was the founder of SPARSH, an Ann Arbor non-profit that established and supported a pediatric heart surgery program at a community hospital in India for disadvantaged children.

Kritika Rajan
Kritika is the daughter and disciple of Sreyashi Dey. With a deep interest in performing arts since childhood, she has trained in Odissi with Sreyashi, as well as well known Gurus in India, such as Manoranjan Pradhan and Ratikant Mohapatra. She has performed extensively with Sreyashi and her dance company Srishti, all over the US as well as in India, Europe and Southeast Asia. Kritika graduated from the University of Michigan, and works as a consultant with the Brattle Group in Washington, DC, while pursuing her passion for dance in parallel.

Debnita Talapatra
Debnita initially started dance training in Bharatnatyam at the age of six and has been a disciple of Sreyashi De since 2006. She found her calling in Odissi and declared her dedication to the form. She was also fortunate to receive training from dance maestros Manoranjan Pradhan, Jhelum Paranjape and Ratikant Mohapatra.  Dance being her passion, she is also practices various other forms including western and contemporary. She enjoys teaching, choreographing and participating in dance programs across the nation.

Ananya Kar
Ananya Kar’s odyssey in Odissi began with Guru Sreyashi Dey. Since 2008, Ananya has been visiting Odisha to study Odissi in more depth under the guidance of Guru Manoranjan Pradhan, and Guru Minati Pradhan. Ananya has performed extensively as a soloist as well as in groups at various festivals and programs in the U.S.A., Canada, and India.

Nabanita Pal: Guest Artist
Nabanita (Neeta) Pal received her initial training in Odissi with Guru Dr. Chitra Krishnamurti in Maryland. She later received intensive training as a Fulbright Scholar with the Artistic Director of the Orissa Dance Academy, Guru Aruna Mohanty, and her repertory members in Bhubaneswar, Odisha, with whom Neeta continues to work. She is a graduate of Brown University and UC Berkeley School of Law and is a practicing attorney in Maryland, defending youth in the juvenile justice system.